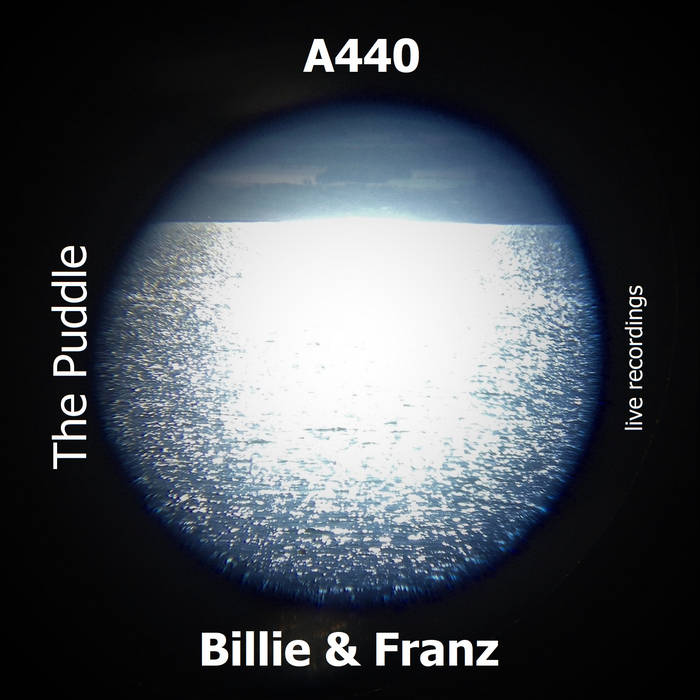 "A440" is a song by The Puddle that has never been properly released. This live recording isn't going to change that, but it's a gloriously hypnotic version of the song, which had the audience and the band in a six and a half minute trance. It was recorded at the most recent live performance by the band, at Chick's Hotel, Port Chalmers in 2015.

A live version of the song by an earlier line-up of the band appeared on a couple of DIY cassettes in the 1980s and on "Runner: A Compilation Of New Zealand Music" released on CD on Alastair Galbraith's Next Best Way label in 1994.

On the 'B side' is another live favourite "Billie & Franz" this time recorded live at Taste Merchants, Dunedin in November 2011, just prior to the band heading off on some Nunvember (Flying Nun 30th anniversary) shows with The Bats.

With their 1986 – 93 Flying Nun Records catalogue long
out of print, The Puddle finally re-emerged in 2006 with 4 acclaimed albums released on Fishrider Records.
The Puddle have always been the most stubbornly underground of the bands associated with the
Flying Nun imprint. Their debut Pop Lib was recently included in SPIN magazine’s list of the best Kiwi pop releases alongside The Clean. ... more

Bandcamp Daily  your guide to the world of Bandcamp